No real spoilers but I do discuss the series in some detail so do with that what you'd like.

Sailor Moon is a story about a group of magical girls. There are a lot of myths surrounding how creator Naoko Takeuchi got the idea for the group but one thing that is certainly true. They are ICONS. They are teenage girls fighting for justice and love and friendship. It sounds like an obvious thing to want to defend but you'd be surprised how many forces are trying to destroy these things! You just wouldn't believe it.

I first saw Sailor Moon on UPN when I was very young. I wasn't in 1st grade I don't think but my class was in the 1st grade classroom for some reason. I think it was a crafting session of some kind. I remember overhearing some people talk about the show at school and I said "oh hey, I like that show!" and they did not believe me. I suppose it was an "ew gross! boys cant like sailor moon you are surely lying" thing but I don't really remember the specifics, it was a long time ago. After a brief conversation, I dispelled their worries fairly quickly.

There was something so energizing about the show. The characters were so compelling, villains and heroes. was one of my first favorites I can remember. There was so much heart inside these characters. There were conflicts, of course, but they were going to give it all they could to make sure that evil did not win. I wanted to see and know everything but UPN only aired a certain amount of episodes (the DiC dub) so getting access to anything beyond the DiC dub took some real exploring. 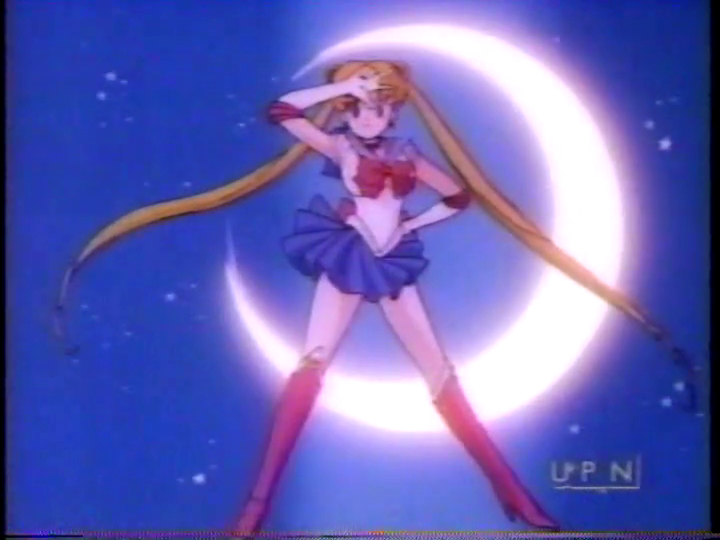 I went to a convention of some kind, I don't really remember specifics but it was mostly antiques and such. It also had action figure or movie related vendors. Among them I found the 1st Sailor Moon movie (Sailor Moon R) on VHS. It was fan subbed and certainly unofficial in all ways. I bought it, of course, because it meant I got a little more Sailor Moon in my life. Watched it, love it. I was under the impression that it was going to be an extension of "The Doom Tree" saga due to the main villian having a similar design to the twins from that storyline but it turns out it was unrelated. I had no idea how it fit into the canon or anything but I was so pleased to have uncovered a little bit more Sailor Moon. 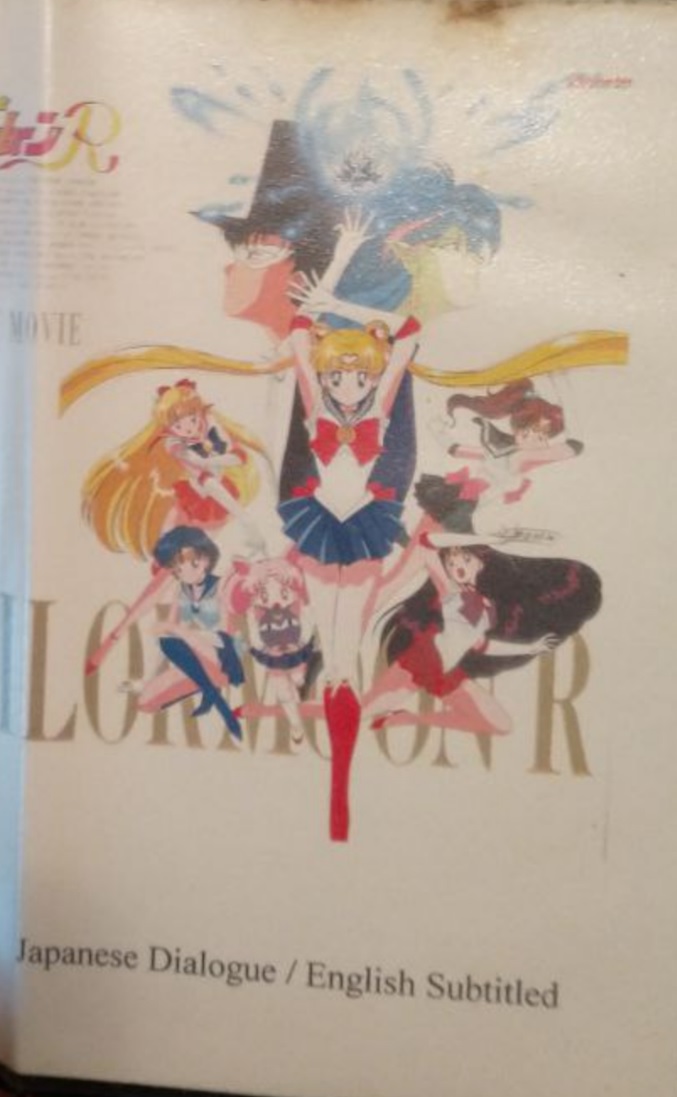 i still got it

There was also a local store that sold Anime goods that would have an occasional Sailor Moon night where they would do showings of portions of the later series. This is where I met Sailor Pluto, Sailor Saturn, Sailor Neptune and Sailor Uranus and they were THE REAL DEAL. When Sailor Pluto finally appeared in the DiC dub, I was like "oh its my dear friend!".

There is something weird about trying to remember all of Sailor Moon, storywise, because I watched it in such a blended way. I didn't know when what was happening. Before it was easy to get lots of stuff on the internet (legally, of course. of course), it was the best you could do. It is kind of like watching it in the order of those "WATCH THIS SERIES IN THIS ORDER" lists. Paired with the fact that the manga is fairly different from the Anime, the temporal element of the story is obscured in my mind. There are 3 timelines swirled together. I've done rewatches as an adult and can recall when certain things happen but experiencing a piece of media in this whirlwind has an interesting effect on how it impacts your recall of it. Sailor Moon has a certain forever quality to me, like it has always been part of my life, and it exsists beyond the boundaries of time.

Sailor Moon connected me with some great people early in my life. I don't know how different my earlier friendships would've been without connecting over this show. We stayed in touch for some time after but we didn't go to the same schools later and as time went on we lost touch. Priorities change, lives shift. It is sort of inevitable, especially in the 90s. I don't know if any of that friend group still thinks about Sailor Moon as much as I do or the time we shared bonding over the series but I still think of them. I am thankful for those memories. There is inherent yearning to hope that moments like that aren't ephemeral but I believe that the spirit of friendship seeds an eternal hope. Those seeds bloom a love the transcends beyond a need to sustain it. An unshakable force with foundations in the kind of values that Sailor Moon herself defends and champions.

Even with all the tools we have today, some things are still hard to find. Not because the tools can't find them, but because of the circumstance. The rare gems don't exist in the same way because there is so much access to everything, all the time. I can't help but miss my friends from elementary school meeting up in this small store on Friday night to watch a few hours of Sailor Moon together, almost out of necessity. But I am glad that I can tell my friends of today to stream Sailor Moon (legally, of course) with professional dubs and subtitles, in the comfort of their own homes. I can introduce them to the magical girls that changed my life and helped inspire my enduring vision of love and friendship.